At the end of September, I took a brief two-week sojourn from Germany and travelled to Barcelona to meet with Materic, a cultural and arts organization and collective that agreed to house me in their space and grant me access to their studio to work on my Watson project. My vision for Barcelona was to bring skaters, dancers, and other artists together for an art festival at Materic in which I could curate an art exhibition and host events.

History in the making: the Catalan Referendum

I arrived to Barcelona on 27 September in the midst of Catalan pro-independence protests that were paralyzing the city and region. 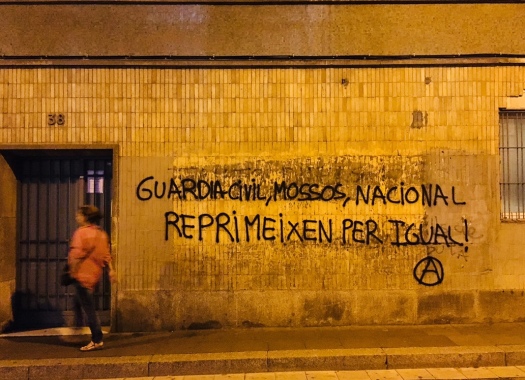 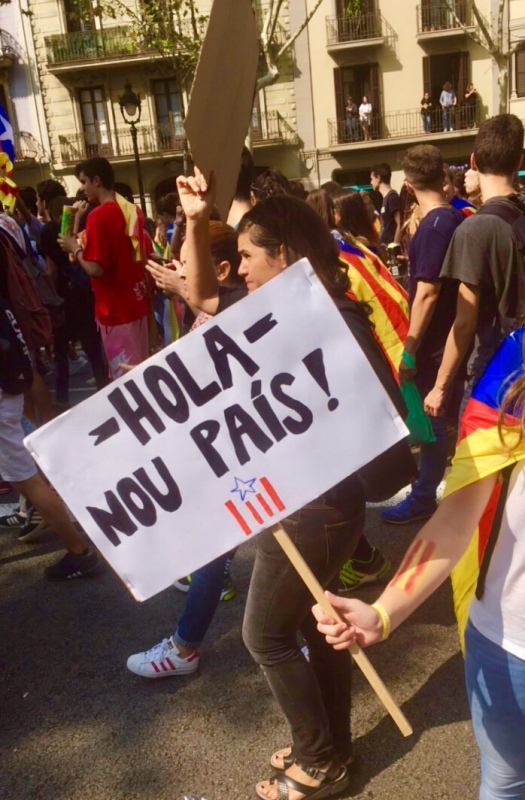 The referendum took place on 1 October 2017, and though I stayed home for most of the morning, my local friends were updating me with photos of bloodied elderly people and crowded streets. I was shaking out of anxiety once I did leave my house, shocked that I was present for such a historic moment. It reminded me of being in Rio de Janeiro during the impeachment of Dilma Rousseff and the protests and general chaos leading up to the Olympics.

As with Rio de Janeiro, I do not pretend to know or fully understand what was taking place in Barcelona. I am inspired by the passion and energy with which people of all ages and walks of life choose to take to the streets and fight for what they believe in.

Though I have a lot of thoughts about the Catalan referendum and am keen to discuss the implications of the (re)rise of nationalism and separatism in Europe, this is not the kind of political commentary I am hoping to make in this post. What I will say, though, is that visiting Barcelona during such a pivotal historical moment reminded me how important it is to understand a culture (say, Spanish, Catalan, or  ‘European’ culture) in order to better understand the dynamic between ‘culture’ and a ’subculture’ such as skateboarding.

That afternoon and evening, I spent at least a few hours at MACBA – Museu d’Art Contemporari di Barcelona, arguably Europe’s (if not the world’s) best natural open-air skate park. There, I met femme skaters from all over Spain as well as from counties such as Italy, Argentina, Norway, England, and Western Sahara who had moved to Barcelona to study, work, and live.

I became fast friends with Kristina, a femme skater from Oslo who was involved in a production called Les Esqueiters, a theater piece written by Nao Albert & Marcel Borràs that use Barcelona’s MACBA as a backdrop for what they call a “confrontation around knowledge, mind, body, and performance”. In the piece, skateboarders of the 21st century reflect with Renaissance philosophers on the theme of freedom. The performances were slotted to take place at Théâtre de l’Archipel in Perpignan, France a few days after my set departure from Spain to Hamburg. Though I was intrigued by the performance and was excited at the prospect of two of my favourite bodies of knowledge – skateboarding and philosophy – being brought to life through theater, I decided not to delay my trip to Hamburg. (It also didn’t help that Kristina didn’t respond to my messages in time! Skateboarders are notoriously bad texters…)

The day after meeting Kristina, I hopped in a car with strangers and drove through deserts and mountains to the Spanish capital, Madrid. I spent most of those six hours reflecting on how I had changed since departing from the USA what feels like years ago. I felt concerned about my lack of clear direction with my Watson project and didn’t want to get distracted, even if synchronicity and serendipity beckoned to derail me. I was finally getting adjusted to life on my own but could sense the tangible absence of a familiar person to lean into.

My trip to Madrid was connected to skateboarding – I had plans to meet up with a long boarder name Rocio, who invited me to join her for a skate session in Parque Retiro – but it was also an opportunity to reunite with my friends Marissa and Emma. I met Marissa and Emma in August 2016. At the time, I was on the tail-end of an eight-month-long trip to Brazil and was struggling to come to terms with leaving Rio de Janeiro after having made so many profound connections and learned so many important lessons in how to live my best life. Meeting them felt like a breath of fresh air, and I felt reinvigorated by their positive, intentional approach to life. I spent most of my weekend in Madrid with Marissa and her friends dancing, exploring the city, and sharing meals. I enjoyed meeting her friends, some of which were hip-hop dancers, others skateboarders, and all admirers and participants of Madrid’s urban street culture. It felt so good to be out in the fresh, early-fall weather hanging out with friends old and new, playing with space and gravity using my body.

In addition to quality time with old friends, my time in Madrid blessed me with the opportunity to connect with Spain-born Dominicans who were skateboarders, dancers, and musicians. As a Dominican of the diaspora (meaning I am of Dominican descent but was not born on the island and spent most of my life abroad), it is important for me to connect with other people of Dominican descent who can celebrate our rich culture while also challenging the racism, sexism, and homophobia that divides our community. Meeting Amanda, a fellow Dominican woman who skateboards and is interest in occupying public spaces through hip-hop dance, excited me because I had never met another Dominican woman who skateboarded [outside of New York City, the stronghold of the Dominican diaspora]. Her confidence and vulnerability inspired me to start dancing again after months of relying on my skateboard to mediate my relationship with my body. Our conversations, though not always about our Dominican identity, affirmed to me that we are part of a generation of Dominican youth who are using art, education, and activism to expand and redefine dominicanidad.

When I returned to Barcelona four days later, I felt completely reinvigorated and ready to jump back into my Watson project. I spent the last few days of this Spanish sojourn exploring skate spots such as Parallel, Barceloneta, Mar Bella, and El Prat. My arches were sore and my legs were tired, but the sun was shining and I was happy. It’s impossible not to love this city. Can’t wait to come back!

Self-love: the lighting of a fire.